The electricity in our offices returned today.  I went in to make sure that our computer and phone systems were rebooted and back running with no issues.

Of course there were issues! Computers are fine after some work, but phones will have to be dealt with on Monday. Still, no complaining, it is what it is, and we will make the best of it! 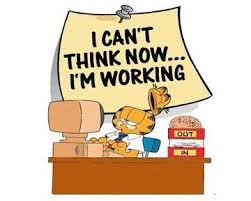 Tomorrow is a big day, well, more like a huge day!! It is chocolate day!! If you have been following you know that tomorrow it will be the day that I am allowing myself to eat chocolate again.  I have been searching for what to eat that is special enough for that day.  With Hurricane Sandy, my focus completely shifted -as it should, so the day is here and I don’t have that special thing to eat 🙁

The ideal would be a chocolate cake with coconut filling, like the one below. 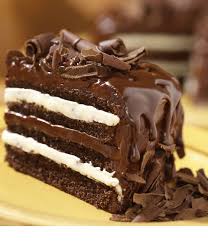 We shall see what happens tomorrow. 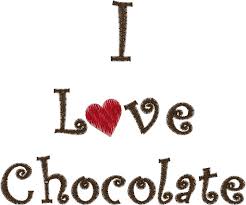 As some of you may know because of this post  http://blessedwithastarontheforehead.com/2012/05/19/bye-bye-chocolate-see-you-soon/—— I gave up chocolate for 1 year.

As the 1 year mark (November 4th) approaches, I am filled with dread and anticipation.  Well, it is mostly anticipation of all the chocolaty wonders I can reconnect with.

I have to be honest that I take turns being excited, anxious and nervous.  What am I going to do? Will I be able to eat chocolate moderately or will I turn back into the chocoholic that I was before?  I am frankly scared.

I often hear of people giving up smoking and drinking for a long period of time and then start back again.   I always think to myself: How stupid!  If you went that long without it then you clearly don’t need it! Why re-start an addiction?  And now I am contemplating doing exactly that!

Putting all the fears and reasons not to eat chocolate ever again aside, I am now in the counting the days and planning stage.  What will be my chocolate of choice to indulge in on November 4th?

I am thinking that it will be some kind of chocolate cake, homemade or bakery bought.

So please help me find the best, most indulgent and decadent mouth watering chocolate cake ever!  I am looking for either the recipe so I can make it or for the location where I can buy it!

Life is too short and it is totally unrealistic to think I will give up chocolate forever!!

(as you all can my life is good, my main preoccupation is chocolate – lol)

November 4th 2011 I made a decision that surprised all that know me well.  I decided to stop eating chocolate for 1 year. Everyone thought I was going crazy.  Well, really, they thought that I couldn’t do it.

I was addicted to chocolate! I specially enjoyed cakes, brownies, ice cream, candy bars, actually anything, except Hershey’s.  (I never liked Hershey’s chocolate, but other than that I liked any other brand.)

I used to eat chocolate every single day of my life. My house, my office, my car, my purse, I had chocolate everywhere for when the mood struck.  And it struck often, several times a day.

I cannot tell you why I decided to quit chocolate.  I don’t know the answer.  It was unplanned. If I were planning it I would have started on a Monday not on a Friday! But now, in hindsight, I realized that if were still eating chocolate I would be 300 pounds by now because I would have drowned my sorrows in chocolate.

November 4th was around the time that I became aware that my life was about to change, that life as “we” was over.  I still didn’t want to face it.  I was still thinking that it could still work.  How could it not? It had to work! I had so much love, my love was enough for the both of us. Doesn’t love conquer all?

It takes 2 to tango and it takes 2 to want to stay in a committed relationship! That is it! It is that simple!

I guess quitting chocolate was my way of exercising some sort of control over my life.    My relationship was out of control and the more I try to hold on to it, the more it spiraled and unraveled.

It has been mostly easy, ok, ok the days that we have Crumbs cupcake in the office, which is around once or twice a month are specially hard, but other than that I am surprised at how well I am handling it.

To me it shows how strong I am.  It reinforces to me the idea that I can do whatever I put my mind to! (me and the rest of the planet)

Now that I conquered chocolate I have a few more food items to conquer, such as sugar and bread, but I really need to think about those.  Bread: I go to bed dreaming about my bread and butter for breakfast.  Sugar: why do you think I am doing so well without chocolate?

The real question is: What am I going to do when November 4th 2012 arrives?  a)Will I just go nuts on chocolate?, b)Will I eat it in moderation or c)Will I decide to just quit it forever?