I have been silent – here! In non-virtual life I still talk too much, volunteer and share too much! 🙂  I guess hurting over still loving Ex was providing me with the inspiration/motivation to write.  Once love turned to anger and now to plain nothingness the urge and need to write or I will explode is no longer here.

I still love the written word and wish to find the motivation from within and from daily life to continue blogging.

I lurk around some of my favorite blogs but can’t even seem to muster motivation to comment or even like, perhaps I have been trying to disappear?? At moments like this I wish I had a therapist on speed dial that I could call and ask!

Here is a quick update of my life:

Mom is in town visiting from Brazil, so my routine has been totally changed.  I am exercising less and eating more, which as everyone knows it is not a great combination!!   Mom believes that food is love, so rejecting her food is the same as rejecting her love.  As the good daughter that I am I just eat and say how good everything is! 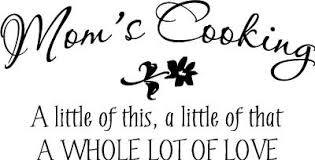 We have already spent a weekend at Mohegan Sun and Foxwoods Casinos in CT.   We didn’t lose too much so that to me is winning!  We have already done more shopping than will fit in her luggage.  And somehow any time I take her shopping I end up buying more than she does.  A Broadway show and The Museum of Natural History will be next!

The Ex got wind that my mother is in town and has e-mailed me to take us out to dinner.  I have continued to remain silent and ignore it. Still it is annoying the fact that he thinks all is fine enough to go out and have dinner together! Clueless!

Work is work.  No challenges and mysteries any more.  Too predictable at times, it can be boring but there is some comfort in the same old same old.

I continue to do Pilates twice a week and still adore it, even though some times in the middle of an exercise I feel more like crying and giving up.  I continue to hit tennis balls against a wall and take lessons every now and then as weather and my instructor’s schedule permits.

I have not returned to Zumba, for now I do it at home.  I turn on youtube, put on my favorite short shorts and just dance like a wild woman in my living room.  I make sure to close the curtains as not to scare any of my neighbors.

My mosaic project is still in the middle and my French has also stalled.  Will go back to it, but lately not much into forcing myself to do anything I don’t want to! 🙂

I have been seeing a much younger man.  I don’t want to call it dating; in fact I am not sure what to call it.  Yes I know all that is wrong with it!   I am taking it one day at a time and trying not to think too much about it or make too many plans.  I like spending time with him and for now that is enough for me.  I am living the right now and allowing myself not to think of the future.  I know it will not last forever – nothing does!!

I may wake up tomorrow and decide that I want a commitment, but for now dinners out and movie nights are exactly what the doctor ordered. 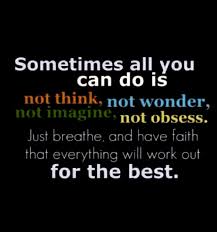 As I had mentioned before I had  been staying away from the US Open this year for fear of running into Ex. We share a loge box so we would be seated together if I went and used my seats.  The only day that I thought I was safe to go was on the second Friday which is the Women’s Semi Final’s day because no one cares to watch that.  He has never attended it.

So on Friday morning I was having a very frustrating day at work and with some additional personal problems that I was getting nowhere in trying to get resolved I decide to just leave it behind and go to the Open.  I still had the tickets, because as I mentioned you can’t give them away, let alone sell it. So I decided to go.

I get there and I am sitting and enjoying the match when all of a sudden there is a tap on my shoulder as someone says my name.  I turn around and I am face to face with Ex.  I think I stopped breathing for a second. I was shell shocked.  He said: How are you? I said fine thanks. He says to the woman sitting next to him: I recognized her by the ring!  I was wearing this big blue daisy cocktail ring.

And of course the woman next to him is the new girlfriend.  He points to her and says to me: this is M. Of course I knew her name but had never seen her face.  She extended her hand, I shook it and said hello, smiled and immediately turned to the front to continue watching the game.  I was shaking. I had a million emotions go through me in the space of seconds. To have 2 of the last people you ever want to see sitting behind you is very disconcerting.  He tapped me again on the shoulder and said he was going to get water if I wanted anything.  humm, do I want anything? Can you give me a order of you and your girlfriend disappearing from my face?

I have to say that this new girlfriend strikes me as being a good person, probably too good for him. I felt like warning her. But of course it is none of my business. I truly wish them both happiness, I just don’t want to witness it.

I didn’t last long sitting there.  I gathered my stuff got up and left without making eye contact. I stood outside recomposing myself. I think I was outside for 15 minutes deciding if I would go home or not.  I decided to return and do what I had intended from the beginning: watch a game that I love.

I went back and sat down and concentrated on the game.  After awhile I heard them leaving and I thanked heaven.  But after 1 hr they returned. But by then I was doing better.  Until she gets up and goes somewhere and he taps me on the shoulder to make small talk.  He asks me how my tennis is going. I try as best as I could to form some coherent sentence. I said something about tennis lessons going well, then I said lessons were over.  I felt my speech slurred.  Thank God the game re-stared and I turned around to watch it.  But at that moment when I turned around, I could feel the tears flooding my eyes and I fought hard not to start crying.  I was successful.

When the game was over we all got up and again he tapped my arm and said bye and she said nice to meet you and honestly I don’t remember if I  said anything back or not.

Later that night he sends me a text:

“You look great and it was very nice to see you.  I am sorry if I said or did anything that made you uncomfortable.  There were so many things I want to talk to you about but I will refrain until you tell me it is ok, love you, good night.”

I saw his text the following morning and immediately it hit me and I managed to control the tears.  I know it is okay to cry but lately I am trying to hold back unless I am facing my wailing wall https://blessedwithastarontheforehead.wordpress.com/2012/09/06/1327/ .  Each time I cry it feels I am giving him power.  I know that the tears now have a different meaning.  They are no longer tears of sadness and longing.  It is mostly tears of anger.

I tried my best not to reply.  I reached out to the one person that I felt would understand me best without judging any of my feelings.  I felt he would set me straight and convince me to continue to remain silent.  He was not available!  That is the problem with relying on others for strength.  What happens when they are not available or willing? So from now on complete reliance in me and the God within me! So unfortunately I replied.  I know, I know, that was a temporary step back on my progress. But now it is done. And I cannot undo the past.

Here is the stupidity that I replied to him last night:

“If you only knew the extent of my pain! I don’t know from where the tears still come from.  You two look happy together! I wish you both only the best! May she make you happy like I was not able to! May you respect her like you you did not respect me!”

“I just wish I could understand what happened with the love you said you had for me.”

I sent the texts and went to bed crying.  I cried myself to sleep! I promise it is the last time!!

Of course he has not replied!  and I am okay with that.  I didn’t expect he would.  He doesn’t like to be questioned.  Any time I had any questions he would go into avoidance and silence mode. Yep, those should have been big clues.  I am also happy and relieved that he didn’t reply because I shouldn’t be having any conversations with him.

And of course I know better than to reply to him!  I know that he doesn’t know what love is! I know that he has no conscience of how he disrespected me!  And the most important:  It does not matter what answers he may be able to give me! Nothing will change!  I am over and done with that part of my life! I am better! In fact I should really thank him for letting me go.

But I think that all these happenings help me to continue to move forward!  Even if replying to his text was a mistake, I am not dwelling on that! Amid all the pain and tears this weekend I had great moments!  I watched some great tennis matches!

Also I went out to dinner with a great guy.  We have gone out several times now and it has been a lot fun! Since I don’t want to jinx it I will refrain from writing too much about it at this moment! (all images from Google images)