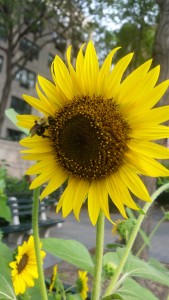 “By seeking and blundering we learn.” ― Johann Wolfgang von Goethe

This is how I ended my last post (when mentioning a date for that night):

“He is a well respected children’s librarian.  How bad can he be?  Don’t answer that! Lol”

Well, the answer is:  It was really good and then really bad!

It is amazing how it can go from great to insane in one day.

At his insistence we went to a very expensive restaurant in New York City.  I mentioned it was not necessary and that he should choose a less expensive place, but he insisted and said that I could pay for the drinks if it would make me feel better about it.  I agreed.

We spent over 2 hours at the restaurant.  Conversation flowed.  He seemed honest and caring.  At the end of the evening I felt so comfortable with him that I accepted his offer to drive me home.  It was out of his way but he said it would give us a chance to talk more.  I think he wanted to show off his car, a brand new Porsche Macan.  While I don’t care about material things, especially cars, I couldn’t help but love the red leather interior.  I love red leather anything!

The drive home was fast and fun.  He held my hand and it felt natural and comfortable. It all seemed just perfect. When we got to my building he walked me to the entrance and kissed me on the cheek. Ten minutes later he called me from the car to say that he would like to see me again.  He also asked me to give him one month to get to know him; he asked that I did not date other people during that one month so that he would have my undivided attention.  I said I would think about it, but, really, I was okay with that.

I was very excited about this date.  He seemed very smart, with good job that he loved, a respected professional, handsome (which is surprising because I normally don’t go for handsome).  I saw and felt potential.

The next day (Friday) he texted me to say he really enjoyed meeting me the night before and to invite me to go hiking on Sunday.  I loved the idea! I said I would call him after work to discuss the details.

I called him around 7pm.  What happened next is very hard to find the words to describe:  The phone rang, he picked up but there was no Hello, there was what it seemed like a conversation in a very slurred voice going on in the background.  At first I thought that perhaps he didn’t realize he answered the phone and the TV was on.  I kept listening and trying to make sense of whatever I was hearing, which seemed to be a far away mumbling voice.  After awhile I said hello again, a bit louder and firmer this time.  Then I heard something like:  I am fine but just feeling a bit discombobulated.  I said: excuse?  At this point I told him that I thought something was wrong with my phone and asked him to speak louder.  He did speak louder and now there was a bit less slurring, but instead of having a conversation he immediately launched into a monologue about Winston Churchill and the war.  He kept talking and talking, and I was thinking to myself, is this guy drunk or on drugs, and how I can get out of this.

At this point I knew in my gut that there was no future in this relationship. Well I actually knew it when he first picked up the phone.

Finally I was able to get a break in the monologue and I asked: Is this a book you are reading?  He said it was a documentary.  After he talked about Churchill some more, I asked another question and we actually started having a conversation.

As time went on, his speech seemed to get better. After telling me how he enjoyed meeting me, he started talking about this one month of dating that he had in mind.  He said: “We need to talk about the dates.  If we are seeing each other for one month, about 2 dates a week that will be at least 8 dates, how do you want to do it?”

Even though I had already decided not to see him again, I asked:  Do what?  He then says:  “Who pays for what?  I pay for one date, you pay for the next?”

I was floored!  I don’t mind paying for things, but for a man to ask something like that after one date it seems in very poor taste.  If he cannot afford a second date, then he shouldn’t be dating.  I said I had never been asked that before so I didn’t know what to say.   He went on and on how that was the fair thing to do and it is best to get money issues out of the way.  He said I am his first date in over 2 ½ years and that the previous girlfriend spent over 10K of his money.

There was a lot conversation about money and dating, with him trying to make me understand where he was coming from and with me telling him that I was not his ex-girlfriend.  At one point I offered to write him a check for my part of the dinner the night before.  I also reminded him that I didn’t want to go to an expensive place in the first place (to which he said he wanted it to be memorable and wanted it to become “our” place).  I also reminded him that I had gladly paid for the drinks.

At some point he started backpedaling and telling me to forget about this issue of paying for dates.  He said that we should just meet and see where it goes. I told him I was going to think about it all and call him in the morning.  I already knew where I stood but I knew that he would continue to try to convince me otherwise.  We said good bye and hung up, but 10 minutes later he started texting me.  One of the many things that he mentioned in the texts was that he would pack sandwiches of peanut butter and jelly for Sunday so that we wouldn’t have to worry about paying for lunch.  I told him that he was missing the point.  To get him to stop with the texting I again said he needed to give me time to think about it.

Finally when he continues with the texting I just tell him the answer is no.  No to the hiking and no to seeing him again. Then he starts calling me.  I didn’t answer.   On the 4th call he left me a voice mail breaking up with me.   Yes, he broke up with me! 🙂

I don’t want to go in detail to protect his privacy but he had mentioned needing to go to therapy and taking antidepressants at some point in the past.  I was a bit alarmed by that but I appreciated his honesty and openness.  I also liked that he gotten help when he needed.  I am now assuming he is still taking antidepressants and perhaps on Friday, his day off from work, he took one too many.   Whatever the issue maybe I feel sorry for him because it seems he definitely has an issue that needs to be addressed.   I also feel that even though he seems like he is taking steps to protect himself, he seems primed to be taken advantage of again.

After being spoiled with mostly normal to great online dates I now have had 2 doozies.  They both had issues that I am not willing to handle.  I am feeling so blessed that I got to discover those issues right away, before I started trusting and liking them and let my guard down.

Perhaps I am the one with issues as I am still not giving up online dating.  More mistakes made.  More lessons learned.  More stories to tell and write about.

“Nowadays most people die of a sort of creeping common sense, and discover when it is too late that the only things one never regrets are one’s mistakes.” ― Oscar Wilde, The Picture of Dorian Gray

On a good note, I am right now waiting for delivery of my new mattress. Yippie!!!  All I need now is the boyfriend! 🙂