controlled chaos, dating trials and tribulations, not according to plan, patience is key, renovating and renewing, replacing windows, the joys of home renovation, when things go wrong 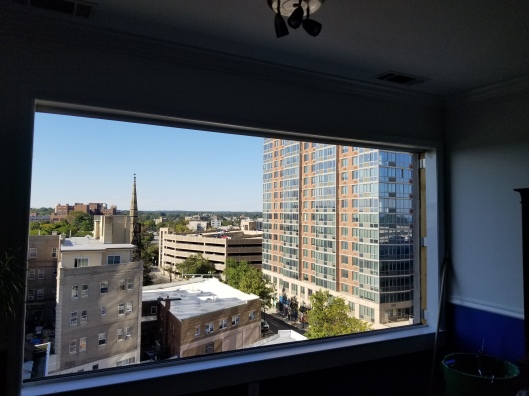 At times, like yesterday, my life feels like a mess.  I let windows mess up my day and my mood.  Windows!  It was not brain surgery or the end of the world, it was just windows.

Life sometimes is messy.  We are thrown curve balls and we have choices.  To breathe and handle it or to pull my hair out? Since I don’t want to sport the bald look I handled it.

The feeling of powerlessness, panic and failure that overwhelms me at times when things well planned in advance goes wrong.

My windows were finally installed yesterday, not without some issues.  I will summarize.  The installer originally didn’t want to install the windows and left with the excuse that he was going to his truck to park.  He then called and rambled on excuses, and I quote: ” The building is too luxurious. I need additional help.  It will mess up the elevators.  There will be not enough time to finish”  I don’t live in a dump but I would not call it luxurious.

To each of his issues I had a solution: Don’t worry about the elevator, the super is cool he will not throw you out at 5pm.  I even offered to have the handyman that I had already hired for the day to help them. I also called the company that assured me that they were handling and would get back to me.

Finally they relented and came back.  They started in my tenant’s apartment first.  Another issue: there were cars parked in the parking lot beneath the window and they were afraid that they my drop something and damage the cars.  I had to get the super to move some and cover the ones that couldn’t be moved.  Installing continued.

Once done my tenant called me to inspect.  One look at it and I see it is the wrong grid-lines.  Even though the new ones look great it is not inline with the rest of the building. Now more calls to the office.  Originally they wanted to blame me for ordering the wrong windows.   Then they realized that the right windows were ordered and they blamed the manufacturer.

They have ordered the right ones  but I will have to wait another month for them to return and swap the top window for the right number of grids.  The same ones were installed in my apartment as they assured me that to change the grids will be a quick thing.

It would be nice if I could choose whatever windows I wanted. I would choose just a big panel but I have to follow the aesthetics of the rest of the building.

The back and forth with the technicians and the company while trying to deal with work and keeping my mom from feeding off my stress was beyond stressful.

“In the midst of chaos, there is also opportunity”― Sun-Tzu

At those times I feel exasperated and powerless.  I feel like a complete mess and failure.  The truth is sometimes everything it is indeed a mess and it is ok.

Even though things are at times messy still they are perfect as they should be.  People make mistakes.  Things don’t go according to plan.  People don’t handle things as they should.  Still life goes on.  In the meantime this control freak gets the chance to learn to survive in a mess.  Controlled chaos is a thing and I think yesterday I had a taste of it.

In the end, it is just windows and I sound like a cry baby – I know 😦

“I’m not a mess but a deeply feeling person in a messy world. I explain that now, when someone asks me why I cry so often, I say, ‘For the same reason I laugh so often–because I’m paying attention.’ I tell them that we can choose to be perfect and admired or to be real and loved. We must decide.”― Glennon Doyle Melton

14 thoughts on “New Windows: It is all a Beautiful Mess”