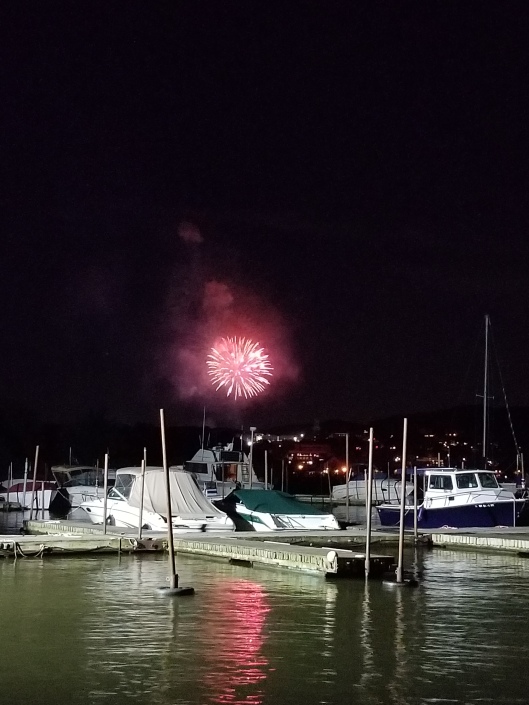 The third date was at my apartment.  He came over to watch the Brazil/Germany game with my sister and I at 2pm last Friday.   It was not a happy day for Brazil.  They played their heart out but it was not enough to win.  Now we wait another 4 years to try again. Actually only 2 years, because I also enjoy the Women’s World Cup and that is in 2020.

He and my sister got along and we all had a good time even though Brazil lost.  He stayed until the evening.

The next day I went to his house.  I got there around 12:30pm.  He gave me a tour of the basement and garage, parts that I had not seen before.  I still didn’t see the garden on the roof. He sent me pictures of it later.

I helped him paint a table and chair to be delivered to a store.  Then we went to Cold Spring, which is a charming historic town on the Hudson River.  It is directly across the river from West Point – The US Military Academy.  It has charming little antique shops.

We were going to stop by a shop that sells his stuff.  He wanted me to meet the owner and friend.  But after delivering the table I realized that if I didn’t eat anything I would become a nightmare.  It hit me all of a sudden that I was hungry.  I become moody and silent.

By the time we were sited and finally our orders were placed I was in such a foul mood I could barely speak.  I was humorless as he attempted to crack jokes.  I really controlled myself as best as I could and for the most part it worked.  He understood and said that from now he will carry snacks at all times.

The food eventually came and I slowly returned to my upbeat, full of life self.  Note to self: Don’t go without eating from 9am to 6pm.  He goes for long periods without eating, I can’t keep up with that.  I am always munching.

After dinner we finally went to his friend’s boutique.  It was a very cool high end and eclectic place with antiques and one of a kind items.  He has some of G’s work there.   We got along amazingly well, cracking jokes and being sarcastic. It was good to be introduced to a friend of his and see how much respect this person has for him.

After visiting the store we decided to walk back to the river as we had seen signs of an open air movie and decided to check it out.  They were showing Hitchcock’s Notorious.  We got popcorn and fizzy drinks and settled down on the grass.  They made an announcement that throughout the movie we would hear fireworks but the movie was not going to stop. 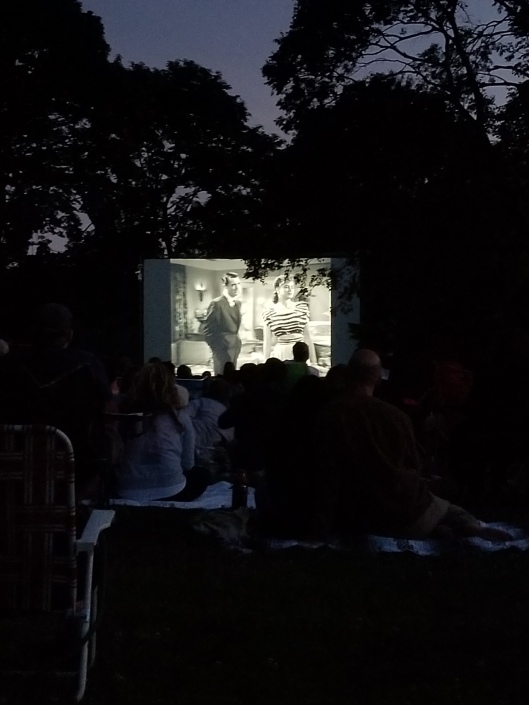 We sat and watched for about 20 minutes and we both couldn’t concentrate.  We decided to walk to he boardwalk area and see the fireworks.  It was a 2 minute walk.  We sat on a rock overlooking the water and a few minutes later the fireworks started.  It was awesome.  I think he didn’t like that I took pictures and videotaped some. In hindsight I shouldn’t have.  Live and learn and try again.

We got back to his home and went to bed.  I think it was about 11pm.  When I say “went to bed” I really mean went to bed.  It was a bit disappointing to me that all he wanted to do was sleep. And it was not like he was really so tired he couldn’t keep his eyes open.  He actually got up and took a shower, later got up again and took Valerian to help him sleep.

The next day after breakfast we went to a park at the beach.  We walked for a long time along the shore then went into an area to collect drift wood.  He does some artwork with drift wood. It is really cool.

At one point we stopped, sat on a rock watching the waves while enjoying some snacks.   I chose that time to bring up the fact that I thought it was weird and awkward that we slept in the same bed and all he did was hug me for a few minutes.  He listened and then eventually just said:  I don’t know what to say.

I said: it is okay. You don’t have to say anything.

Later I was kicking myself for not demanding an answer, as I still don’t know what the deal was.  Maybe he was trying to be respectful, or perhaps he was trying to pay me back because I had been a bitch at dinner or  still perhaps he just not really interested in me.  It is really confusing as there was so much passion the prior Sunday.

I am sure we will talk about it again as I cannot deal with not having answers. And that to me is a huge elephant in the room.  There were some pecks and he held my hand over the weekend but that was it.

By the time we got back to his house it was 4pm and he wanted to make dinner but I wanted to go home.  Sundays I like to be home in the evening and prepare myself psychologically for the week ahead.

Later he said that he was a bit surprised and saddened that I left so sudden, as he wanted to make me dinner and just enjoy each other.

I am bringing up all my questions/issues tonight as we will be going out to dinner.

Strangely enough I am at peace.  I am not worried about this working out or not working out.  I really like him, but I will never be with someone that is not feeling for me as I am feeling for him.  Chemistry is either there or not there.  That is the foundation where we can build a life together.  Without that foundation of chemistry I don’t think we have anything. It just feels forced.

“A bird sitting on a tree is never afraid of the branch breaking, because her trust is not on the branch but on it’s own wings. Always believe in yourself” – Unknown Author