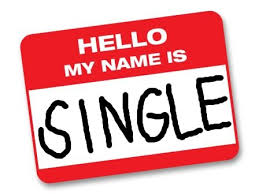 I joined e-Harmony about 5 months ago. When I joined I didn’t have grand illusions of finding “the One”. I simply wanted to go on dates every now and then. I guess my real hope was that the attention of men would keep my mind off of Ex.

From the beginning e-Harmony was a letdown. In the second month I wrote about it: http://blessedwithastarontheforehead.com/2012/05/14/so-far-e-harmony-sucks/

From there things just gotten worst!

I am glad that my sentence, I mean subscription, is coming to an end at the end of the month. I am tired of feeling rejected by people that I don’t even know and that don’t even know me.   I think that there is something very wrong with e-Harmony.  I don’t know what the problem is, but there has to be an explanation for the lack of responses I have received.  And I know, I know that some of you know at least one couple that met through e-Harmony, still I think that the number of happy couples is probably very low when compared with the number of total members they have.

I have an honest profile (describing exactly who I am and what I want) and honest pictures (nothing professional, but pictures showing what I love to do, skiing, at the US Open, on vacation). What I want in a man? Honesty is the number one requirement. I want a man that likes himself, likes to travel, has a good heart, has a sense of humor. I appreciate a man that loves his family, likes animals and is curious about the world. It would be nice if he likes sports – both watching and playing. I want a man that is spiritual and believes in God.  I want a man that looks to improve himself, physically and mentally.  I don’t think I am asking too much.  At any rate, I am only asking for what I am willing to offer. I have had a grand total of 1 date! Yes only 1! I know it is quality and not quantity that I should be after but only 1 in 5 months sounds a bit ridiculous. I must say that that one date was terrific even though there was no love connection. I wrote about it here:  http://blessedwithastarontheforehead.com/2012/05/29/first-e-harmony-date/ I am even going to visit him in a couple of weeks. So I should count myself lucky for having made a friend.  But honestly I signed up to get dates.

The last couple of months I wasn’t even checking e-harmony anymore. I just have been waiting for my subscription to be over, so that I stop feeling like I am paying to be rejected.

But to make sure that I had given it my 100% effort, 2 weeks ago I made a point of sending every single match that they sent me an ice-breaker saying: “I would love to chat”. I sent it to everyone, and when I say everyone I mean everyone!! I wanted to test it.  I figure that if I didn’t wait to be contacted and reached out to everyone I would at least get some responses.  I expected that out of the 30/40 men a few would reply and I would know, at least, that there are some live matches and would be able to at least think that e-harmony was doing their job.

So after 2 weeks guess how many responses I received. NONE!.  No kidding, not a single one! I don’t know about you, but I find that incredible!  To me that means something is horribly wrong with their site or matching system. They are probably matching me with people who are no longer registered in the service and therefore no longer receiving ice-breakers (they keep the profile of non-members up).  Also, I specified I wanted people closer to me and they give me matches from places as far as Singapore and Australia, to name a few.

No matter what the reason is, it was just a confirmation that I was in the wrong place at the wrong time.  I don’t even want to ask for my money back. I believe they did me a favor.  Ultimately it was a blessing not to be bombarded with e-mails and engage in relationships right after the break-up. The time alone has been intensely rewarding and necessary.  From starting my blog to tennis lessons, from reaching out to old friends to making new ones, I am busy and happy!

I believe that trying to take shortcuts after a breakup eventually backfires.  I was trying to immediately replace Ex.  I failed to realize that a relationship that lasted 3 years, and that for the most part was amazing deserved my respect.  I had to spend time feeling the pain fully, mourning the end of a dream and going through all of the 5 stages of grief (Denial, Anger, Bargaining, Depression and Acceptance) . I was trying to skip steps, trying to run before I can even walk, and in the end that would  have caused more heartaches. What next? Match.com? Plenty of Fish? No more online dating for me! At least not for now – I do reserve the right to change my mind.  As far as e-harmony I will not change my mind, I am never doing that again!

For now I am staying put just going about my day and pursuing my interests.  I am making a point of being fully present in the moment, loving and living each moment to the best of my ability.

I am working on myself, mind, spirit and body and being the best that I can.  I do have my eyes, heart and mind open and when that lucky guy comes around (and perhaps he is already here) I will be more ready, better able and ever willing!

So officially on August 1 I am free from e-harmony! So, goodbye it has not been fun!

104 thoughts on “Counting the days until I am free from e-harmony!”