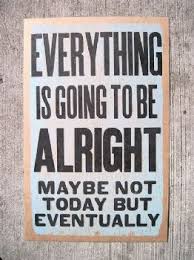 I had an incredibly tough week, it was one thing after another – I will not list them here as I don’t want to give bad things any more power or voice.  My week was so bad that I ended up crying while at my Pilates session on Saturday.  I cried out of frustration and a feeling of weakness and powerlessness.

So I was really excited to go skiing on Sunday.  I was looking forward to letting go  of everything and just feeling free.  It also seems to me that on the mountain is the only place that I am able to not think about anything.  I also have been very happy with my progress in skiing – it is so great to be getting more and more comfortable on skis!

That is, until Sunday, until this little hill shattered my confidence!

I was going down a hill, and it was black, but only in name.  Levels are all relative, so the black on this mountain is really an easy blue or green on bigger mountains out west.

When my friend (that has been skiing longer than I have) and I were at the top of this hill looking down, my friend asked: Can you do it? and I said: Sure! I was full of confidence.   As soon as I started to go down I panicked and froze in place. For several minutes I couldn’t move. In those several minutes I was trying to figure out what was happening, why was I acting in such a way.  This is doable, I can do this!

At that moment the battle was not between me and the hill, but me and myself. It was not how steep or icy the hill was, it was how strong my mind was. It was a battle of trying to control my fear, my fear of speeding down out of control.   It was such a hard to explain feeling, my mind telling my body to move and my body just motionless.  It was as if my mind and my body were at war and odds at each other.

I knew that the only way down that hill was to ski down.  I also knew that with each passing moment I was letting the fear get stronger and stronger and therefore making it more difficult for me to move.  I eventually summed up all the courage that I had and I made my way down.

When I got down I was glad that not for a second I hesitated going onto the lift again.  But once on the chair things changed. After my heart had stopped racing, my mind had a chance to analyse the situation I started second guessing myself. I thought: what am I doing? why am I putting myself in this situation? Why don’t I just give this sport up? Why do I need to ski? I am glad that those thoughts didn’t stay for long.  I am glad that I was able to realize that I don’t need to ski, but I want to, and for so many reasons.  At that moment I realized I love the challenge that skiing presents to me, and this momentary setback just means the sport is giving me even more reason to love it and to try harder.

I was tempted to go and do the green trail, but I chose to do the same hill again. It was incredibly hard and I didn’t do as well as I had hoped, I again stopped and froze for a second, but I recovered and continued.  And I did the same hill once more and I did a little better. I chose not to do it more than 3 times because by that time my legs were already tired and I felt it was stupid to push and tempted faith.  I am so proud of myself for going to that hill again.

I also realized that this could be a little karma showing itself.  When I was at Greek Peak a couple of weeks ago I was skiing with a friend that was just learning. While I am also a beginner I completely enjoyed being one step ahead of him.  I think my confidence came across as cockiness.  I was preachy instead of patient.  I forgot humility somewhere along the bus ride from NY to Finger Lakes.  This is the way karma chose to knock me down a peg or two. Hey karma, I get it!! You don’t have to teach me twice, lesson has been heard loud and clear!