Caucasian, Hispanic or Other?  How do I classify myself today?

Due to new regulations in my industry I needed to get my fingerprints done.  When filling out the form I encountered a question that I encounter often and it stumps me every time.

What am I?  Well, I am Brazilian!  But that is never one of the options to choose from.

I normally just put down whatever they tell me, if I am completing it in front of someone.

But this time when the girl at the front desk there, who happens to be Hispanic, told me to put H I hesitated, but I did it.  She then started speaking Spanish to me as if to validate the idea that I am an H.   I wrote down H and then immediately regretted.   I said I am not Hispanic because I don’t speak Spanish.   I am Latina, because I am from Latin America.  She goes: same difference. 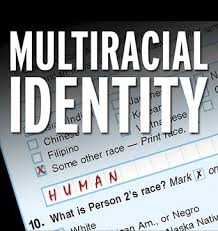 No, Madam, not to me!  I have nothing against being Hispanic or any other race for that matter, but it is not my race.  To say I am an H would be like putting me in this little box in which I don’t fit.  So I changed that H to an O.  Because I had written in pen and couldn’t erase it, after changing it it wasn’t really clear what letter it was.  So maybe that is what really best defines me, not an H, not an O , not really any specific letter but a combination of them.

I have traces of Black and Brazilian Indian from my mother’s side and White European (Portuguese descent) from my father’s side in my veins.  So I think I need a new category, perhaps All of the Above, Mixed or Mishmash.

But for the record from now on I am an O…  and proud of it!!

Listen to your dreams and that nagging feeling!

That same night I had a very vivid dream with the man that did my fingerprints.  He had been very nice and very talkative, asking me questions about Brazil during my appointment.

In my dream he was talking so much that he forgot to do 3 fingers on the second set of prints.  The next morning  I was surprised that I remembered the dream vividly (I never do), so the first thing I did when I walked into the office was to look at the set of fingerprints and confirm that all fingers were accounted for.  And they were!

I breathed a sigh of relief.  It felt good to have that uneasy feeling go away.

The best part is that I didn’t have to go all the way back to his office.  He felt bad about it and came to my office to sign it.

I know this is a minor unimportant detail and that I am extrapolating, but to me it reinforced the idea that we should always listen to our inner voices and gut feelings; that all the answers we seek are already within us if you look closely enough.  To me it also means I have to learn to be okay with silence and stillness so I can hear it and notice details, so I can hear and notice me and my body (heart, mind and soul) guiding me.

43 thoughts on “What letter am I? Listening to that nagging feeling!”