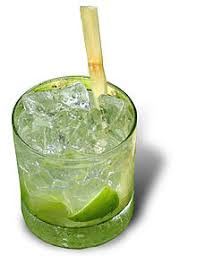 I think I am probably the world’s most naive 46 year old woman around!

So, when is a drink just a drink?

I played tennis with an older gentleman for the first time a couple of weeks ago.  At the end of the day when he is walking me to my car, he turns and says: “Would you like to grab a drink sometime?”, or something like that.

I said: “Sure” (in an effort to get out of the house more often, that is of late my answer to any invitation – yeah, yeah, I know that standard answer is bound to get me into trouble)

So, that is how I ended up going out for a drink with him last night.

I was debating with myself the whole time leading up to last night  if there was a chance he thought this was more than a drink.  Well he is a man and I am a woman, so I guess in the realm of possibilities this is not a too far-fetched thought.

This gentleman, I will call him S., as I found out last night will turn 60 at the end of the year.  14 years older than me, I actually thought was much more than that! It is not even the age, it is just that there is not an iota, an ounce, a particle, an inkling of anything in my body and mind that gets excited by the idea of having anything romantic with him.

We went to a Puerto Rican Restaurant/club.  He had one of his employees and close friend stop by and join us.  The friend turns out is 42 years old good looking and charming (didn’t do anything for me either). I thought, relieved, that perhaps S. was not thinking anything more than a drink and was really even trying to set me up with this guy.

The food, drink and music was great. My one drink was a caipirinha.  The conversation was fun and we even danced Salsa.

There was one exchange on the dance floor that irked me:

ME: I haven’t danced in a long time

I cut him off and said: oh you mean just like riding a bike!

and I turned and looked away to stop that line of conversation right then and there.

And in all honesty what he said only annoyed me because I was already worried that that was what he had in mind.

We stayed for a few hours and then he drives me home.  My mind is working overtime now trying to come up with the best exit strategy without giving him a chance to try anything.  He stops the car in front of my building and removes his seat-belt, oh no, I am thinking, is he going to walk me to my front door? No, he just removed it so he could pounce on me and try to kiss me.  Well, he didn’t really pounce but I did feel like a prey.

He tries to kiss me on the mouth and I, pretending I didn’t realize that, turned my cheek quickly, while opening the car door, jumping out and saying good night. Last thing I heard was him saying: I will call you.

If there was an “open the car door, say good night, thank him for the evening while avoiding a kiss on the mouth and getting out of the car” speed event at the Olympics,  last night I would have taken home the Gold medal!

I guess the lesson here is, if a man invites me for a drink and I am not interested in getting romantically involved with him I should just say no!

179 thoughts on “When is a drink invitation just an invitation for a drink?”