“Sometimes people let the same problem make them miserable for years when they could just say, So what. That’s one of my favorite things to say. So what.” ― Andy Warhol

I know some of will not understand why but I am still talking to A.-The Renter.  After a couple of days of silence, on Thursday he texted me and asked me if he could call me.  I said ok.

After some chitchat he apologized for the lack of communication.  He didn’t really give me a good excuse for that.  I didn’t really ask for one. I don’t think he has one.  He mentioned being busy with work and getting his house in California ready to be rented out.

At this point I already have it resolved in my heart and mind that he is not for me as a romantic partner. I don’t need to know what happened, the whys of the silence.  Knowing will not change anything.

“Maturity, one discovers, has everything to do with the acceptance of ‘not knowing.”― Mark Z. Danielewski

I am of the opinion that if a man wants a woman he will go after her.  There will be no game, there will be no “I am too busy”, etc.  So, him not contacting me for days and ignoring my text just answered that question in my heart.  No need to draw me a picture.

He mentioned the vacation to Cabo, and has been mentioning it daily ever since.  He said I should go to Cali first, stay at a hotel, meet him and if I felt safe and liked him then we would go to Cabo together from there.  He tried to sweeten the pot by adding that he would pay for all the flights and every expense. I would not have to spend a dime.

I am not tempted at all. It is so easy for me when I make a decision.

I said it is a bit too late now and he has only himself to blame. He agreed with me and has apologized constantly.

If I don’t want him as a boyfriend anymore, why then am I still communicating with him?

I never give up on people that I genuinely like.  I know it can be a flaw.  I still think he is a nice person and a potential good friend.  I believe in the goodness of people and from the past few months of talking to him I think he is a good person.

I keep doors open. I give second and third chances.  I believe that people are good deep down inside. I am not going off to anywhere to meet him.  If he ever comes to NY I will meet him, but at this point I want only friendship.

If he writes, I will respond.  If I feel like saying something I will write.  If he responds, fine. If he doesn’t that is fine too! That is how I am with my male friends, and that works! That simple!

“For after all, the best thing one can do when it is raining is let it rain.” ― Henry Wadsworth Longfellow

In 2015, I had a few dates with someone that disappeared out of the blue. Then he got in touch again and asked me to dinner.  I went, probably thinking romance, but since then we have developed this great platonic friendship.  He has become one of my closest friends. I am so glad I decided to ignore his disappearance.  To this day I don’t know what happened, and I don’t care.

What I know for sure is, if someone is interested in me romantically he will not disappear or play games.  If he does, and comes back, more often than not I am willing to listen and be friends.

Below is the text he sent after we spoke on the phone. 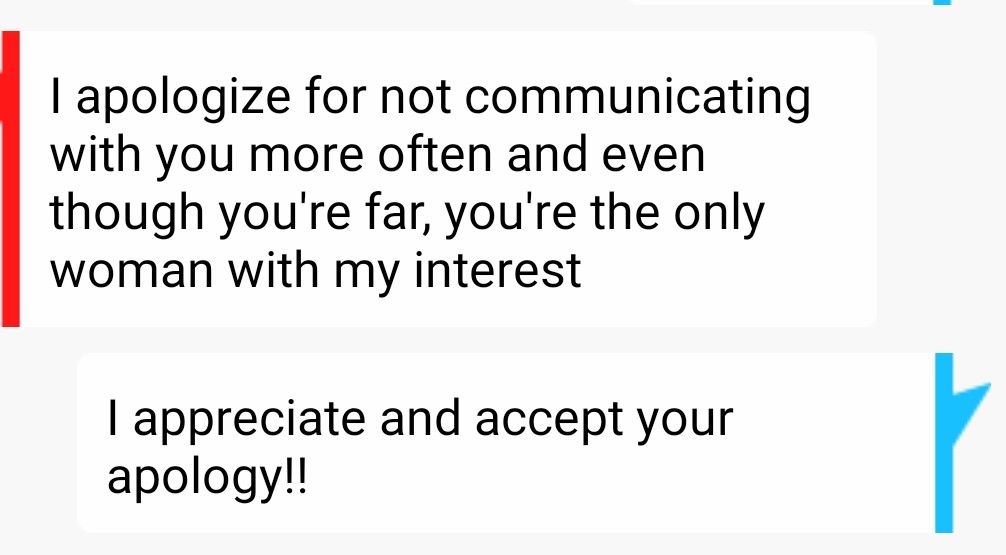 “A weed is but an unloved flower.”― Ella Wheeler Wilcox

And since then he is in touch every day, many times a day, sharing more of his life.  I didn’t even know he had a dog.  He does have the cutest dog, and still cries about another one that passed not too long ago.

I am willing to be a friend, and will always err on the side of kindness and redemption.  If people take advantage of that, it is on them, not on me. I try, I I accept, I love, I move on, I am happy.

“The ache for home lives in all of us. The safe place where we can go as we are and not be questioned.” ― Maya Angelou