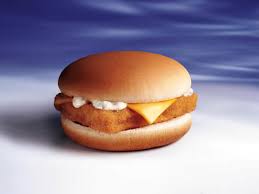 I just had a Mc Donald’s Filet-o-Fish.  The last time I had one was probably 20 years ago, with the exception being some fish nuggets I had tried in February at the airport in Denver.  A friend was buying an apple pie and I was intrigued by the poster of the fish nuggets.  How bad could it be? It was awful.  I should know better than to become intrigued by an item in the McDonald’s menu.

I am not a fast food eater.  It is not what comes to mind when I am hungry.  I normally cook all my meals, and if like treating myself I normally gravitate towards sugar, like cakes and cookies.

I am also somewhat proud to say that I never had a McDonalds burger.  First it doesn’t look like meat. Second, if I feel like eating a burger, Mcds is the last place I would turn to.

With all that being said, the Filet-o-Fish tasted great.  Perhaps it helped that I was starving. I plan on making my own fish sandwich one of these days.  I think it will taste awesome.  The other day I made fried tilapia for a friend and she said it was the best she ever had.

In Brazil we say: A melhor comida ‘e a fome! (The best food is hunger) Indeed! Indeed! 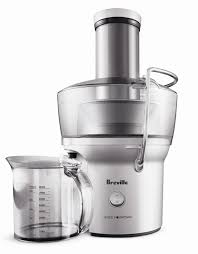 I realize my diet could use some improving.  I eat what I want when I want, and most often I have sugar in some way shape or form on a daily basis (not proud of that fact).  I do happen to love most vegetables so I will have tons of those. But I tend to eat the same ones over and over again.

I have always wanted a juicer.   I figure is a great way to get the nutrients found in some vegetables I rarely eat such as carrots, beets, celery, watercress, aloe vera (is aloe vera a vegetable?).  I know that with juicing I will not get fibers but I don’t worry about that as I eat enough fiber already.

Now that I have my juicer I am having fun coming up with different juices.  Some are easier to stomach than others, but I am making an effort.  I attempted to make the famous green juice and after drinking 2 cups realized why it tasted awful, I had forgotten 2 ingredients: green apple and mint, the 2 that would make it sweeter and easier to drink.  The other day I made an amazing pineapple and mint juice.

I am now in search of recipes that will make me look younger, firm up my skin and make my metabolism speed up, miracle juices so to speak 🙂 Do you know any?

The cons of having a juicer: it takes  a lot of my limited counter space, the cleanup is a pain and I can’t really store juices.

Confession: I already find myself too lazy to use the juicer some times.  But I will persevere.

34 thoughts on “Walking the fine line of healthy and unhealthy”