We had our holiday dinner on Tuesday night.

It was a repeat of the previous years, which means great place, great food and drunken co-workers (and the boss) behaving badly.

We went to Pietro’s Restaurant in Manhattan, NY.  It is a first class Italian Restaurant.  Every single dish was amazing, and we pretty much had every single item on the menu. (our bill attests to that!!)

Unfortunately, as it is always the case, the guys leave work at 3:30pm and head to a bar and start drinking.  By the time dinner time arrives they are already drunk.

It is sad that, after being in this male dominated industry for over 20 years, I have gotten used to this behavior.  I pretty much ignore it and leave the party/dinner when it gets too much or when management throw us out.

These are not happy drunks talking and singing too loud.  No, no, no, these are obnoxious, rude, crude, totally unaware of their surroundings kind of drunk.

There were complaints from some of the other tables, but the waiters never said anything to us.  My boss goes there all the time.  His bills are normally very high and he tips generously, so they were probably more patient than usual.

A very drunken co-worker got up before dinner was over and announced that he was going home, but not before he loudly told 2 co-workers that they didn’t know how to broker (that is our profession),  told another 3 that he didn’t like them and told a last one that he will eventually kick his behind (well, he said “ass” but since I am a lady I couldn’t repeat that).   The next morning he conveniently didn’t remember any of it!

I was happy to see him go and things calmed down a bit after that, but we were still too loud.

The sober ones left right after dessert while the drunken ones went bar hopping.  That is, after 2 of them got into a physical altercation outside the restaurant and had to be restrained by the others, not once but 3 times as they walked one block.  I was happy I was not there to witness that.  Fights scare me, and in this case I would have been terribly angry too.

I am happy to report that things at work have been peaceful.

I think next year I am putting my foot down: I will not attend dinner if they start drinking ahead of dinner time.

One bright note: I have a huge piece of chocolate cake and tiramisu in my fridge that I brought home from the restaurant.  Sugar always brightens my day and my mood!

I hate to sound judgmental but why do grown men, and women for that matter, have to drink until they are no longer in control of their actions?  I guess that is the control freak in me asking.  Is their lives so bad that they have to escape it?

That is one of the reasons I never got drunk and never smoked anything in my life, I am terrified of losing control!  Plus I am already high on life, and if you throw some dancing music in there then that is the icing on the cake! well throw in some cake and the room really starts to turn!! 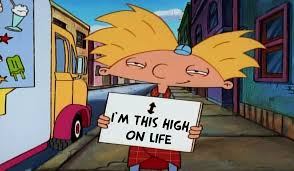 So if the point of a holiday dinner is to bring employees close together my company is totally missing the point! Yelling, name calling, fighting should not be a part of it!  Why can we just be like other companies with some good old fashioned terrible dancing and/or making out with someone you shouldn’t?

39 thoughts on “Is the point of a holiday dinner to bring employees close together?”